With the recent US withdrawal from the Paris Climate Agreement the topic of global warming has once again become the subject of numerous heated discussions. Is it really happening or is it just a myth? If the Earth is really getting warmer, why do we experience abnormally severe winters with snowstorms and extreme colds? How is today’s warming different from other warming periods that our planet has been through in the past?

We’ve gathered the most common global warming misconceptions and tried to clear up the situation. So here you have your 10 global myths, debunked.

Myth 1: Global warming is not real 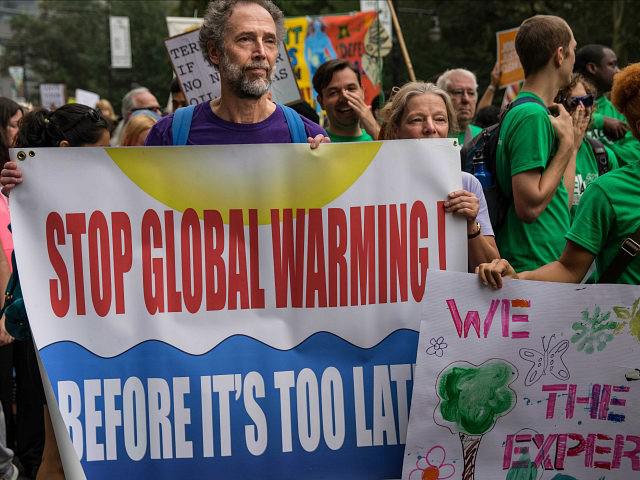 Many people believe that global warming is a massive lie, a myth, a scary story that politicians use to win votes. They argue that there were times in history when Earth was even warmer and it didn’t explode, so why should we all be scared now? Plus, there is not enough scientific evidence that proves global warming is really happening since computer models that scientists use to predict climate change are far from being perfect.

Reality: The truth is actually quite sad: global warming is real, and the climate on our planet is changing at a rapid pace. The Sun-Earth relationship is no longer a perfectly balanced system, with the latter receiving more solar energy than it can reflect. Computer systems that predict the future might not be 100% accurate but we cannot ignore obvious facts.

Climate Change Is Not Just About Science: It’s About the Future We Want to Create 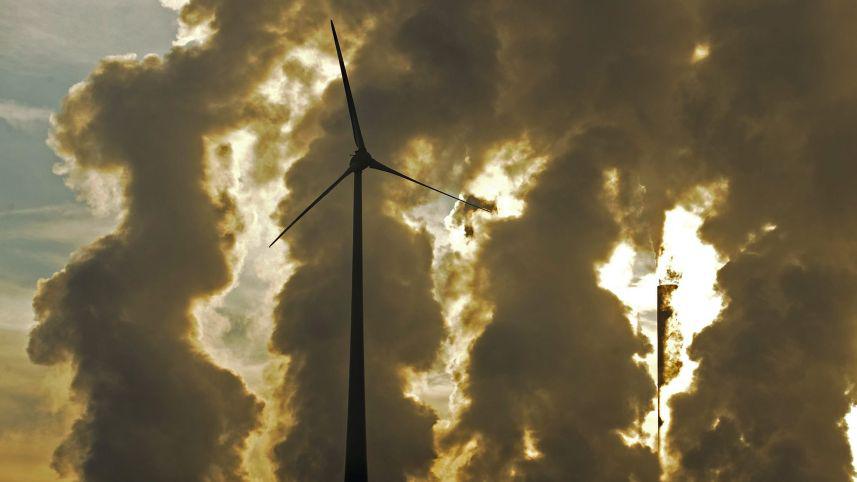 The fact that human-caused industrialization triggered global warming is a statement that has been on anyone’s lips for years. Scientists believe that excess CO2 and ozone holes did not occur naturally. Fossil fuel emissions, deforestation, and various industrial processes are the causes of all that mess.

Reality: This statement is partly true. Humans are indeed responsible for changing the planet and damaging ecology, but reasons of global warming are also partly natural. Increased solar activity, for example, is something humanity has no influence on, but it causes natural forest fires and permafrosts leaking carbon into the atmosphere.

Myth 3: Global warming is a part of Earth’s natural cycle

The climate on Earth has never been stable, and periodical warming or cooling is absolutely natural, climate skeptics claim. Besides, warming periods that occurred in the past could not have been caused by humans, simply because we did not possess all that Earth-killing technology that we have now. Therefore, current climate change is nothing to worry about and it will certainly fix itself. 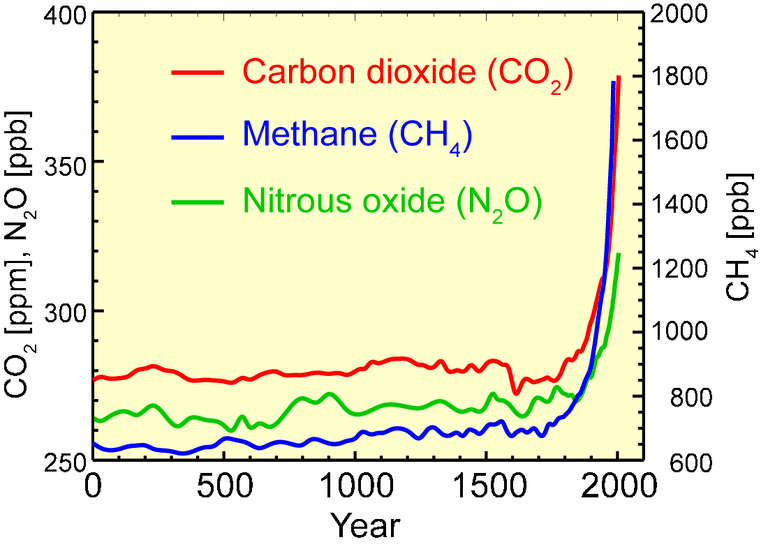 Reality: While Earth can indeed warm and cool over and over again without human interference, what we’re experiencing now is very unlikely natural. The amount of greenhouse gases in the atmosphere is unnaturally high, and the reason for that is partly human activity.

Myth 4: We can stop global warming

Climate activists believe that our planet can be saved if humanity comes together and takes action. We should drive bikes instead of cars, use CFL bulbs, regularly defrost freezers, and air dry our hair instead of using dryers. If we reduce the level of greenhouse gases, we’ll heal the atmosphere and everything will go back to normal.

Reality: Reasons of global warming are too complex, and some processes simply cannot be reverted. It is hard to stop climate change since it will take hundreds if not thousands of years to see if our efforts paid off. Moreover, it will require great sacrifice that not all people are ready to make. However, we can always try.

Why Climate Change Can’t Be Stopped

Myth 5: CO2 is the main cause of global warming

72% of all greenhouse gases is CO2, making carbon dioxide the main reason of catastrophic changes in our environment. It is dangerous because it accumulates in the atmosphere and it takes around 10,000 years to get rid of CO2 completely. Because of the carbon overload, the Earth is being forced to absorb solar energy instead of reflecting it back to space.

Reference: CO2 – the Major Cause Of Global Warming

Reality: While carbon dioxide, undoubtedly, contributes greatly to global warming, it may not exactly be the primary cause of it. Water vapor is equally responsible for climate change we experience today. Its amount in the upper troposphere is expected to double by the end of this century, which, in its turn will cause twice as much warming as today.

Myth 6: CO2 is good for crops and vegetation

While climate activists are claiming CO2 is the main cause of global warming and we should limit its production, some people believe that plants on Earth are starving for CO2 and producing more of it will benefit our planet. The current CO2 level in the atmosphere is 340 ppm, and they claim we should raise it to 1000 ppm to increase photosynthesis.

Reality: This statement is an absolute myth. Studies have shown that more CO2 does not benefit plant grows, while higher temperatures that carbon pollution provokes cause it to decline. The only gas that actually contributes to plant productivity is nitrogen. 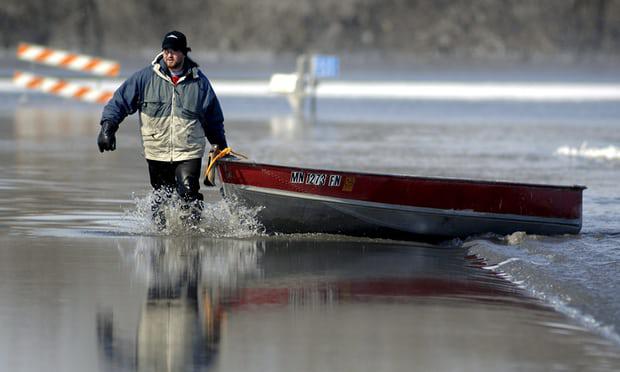 Since air temperatures on Earth are going up, many scientists tend to believe it’s global warming that is to blame for droughts that affect agriculture, deprive billions of people of drinking water, and put their health at risk.

Reference: The Facts About Climate Change and Drought

Reality: The relationship between global warming and drought is actually quite complicated. Dry regions where there’s more evaporation are indeed going to get drier, and dry spells are going to last longer. But at the same time, warm air can hold more moisture resulting in downpours and floods. All in all, dry regions will get drier, while rainy regions will suffer from more rains. 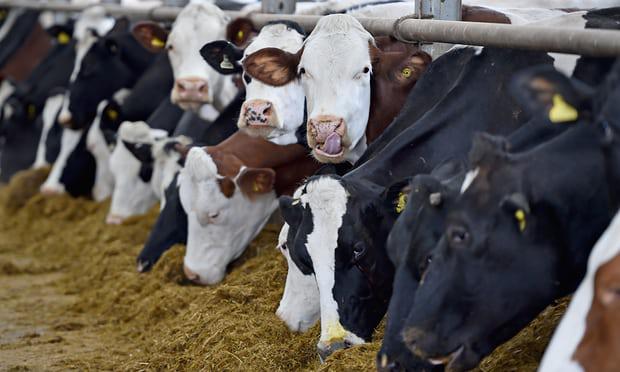 It is believed that animal farming is one of the major contributors to global warming since cows produce methane, one of the greenhouses gases. Scientists say that adopting a more healthy lifestyle and cutting down on meat consumption will both benefit your health and help to save the planet.

While animal agriculture does cause its fair share of harm for the environment, cutting out on meat completely won’t fix the problem. Human-caused fossil fuels are up to 10 times more responsible for climate change than raising cattle, so focusing on overall emission reduction is what should be our priority.

Reference: How Much Does Animal Agriculture and Eating Meat Contribute to Global Warming

Coral reefs are highly sensitive to temperature stress. First of all, warm water in the ocean causes coral reefs to expel zooxanthellae, organisms that live in symbiosis with them. Without zooxanthellae, corals turn white, become weak and unable to combat diseases. Secondly, global warming causes ocean acidification, depriving corals of possibility to absorb calcium carbonate. It damages their skeletons and leads to more diseases and even death.

Reality: Global warming surely has its impact on coral reefs, but it’s not the only thing to blame. Overfishing and pollution also contributed greatly to the fact that coral reefs are now endangered. Humanity should both reduce emissions and give reefs some space to breathe by making an ocean a safer place.

Myth 10: Sea levels are not rising

Many believe that the rise of sea levels is just another myth. Several studies prove that sea levels are growing slower than ever right now (only 3.4 mm per year), while another claim that sea level rise has declined over the last few years. In other words, the planet is actually ok and there’s nothing to worry about.

References: Rise of Sea Levels Is “the Greatest Lie Ever Told”

Reality: Numerous studies have been conducted to prove that sea levels “continue to rise at a rate of about one-eighth of an inch per year”. The reason for that is believed to be global warming: ice sheets melt at an increasing speed and all the water from glaciers goes into the ocean. Scientists suggest that the rise of sea levels in the future could endanger billions of people living in coastal areas.

References: Global Warming Could Cause Sea Levels to Rise Higher Than The Height of a Three-storey Building, Study Suggests