It's OK
It's OK
Home / Blog / Movie Review Example: Who is Doctor Strange?

The Doctor Strange character is becoming more and more popular these days. Although it exists for more than 20 years now, a 2016 movie featuring Doctor Strange seems to be making this character more famous than ever (Doctor strange 2007 movie didn’t do such a good job). This brand new film is produced by Marvel Studios and directed by S. Derrickson who was also the screenplay author. The movie has already had its premiere in Hong Kong in the middle of October this year. It is scheduled to be shown to the public in the USA in the beginning of November. The critics have already shared some positive reviews praising its visuals in particular so people look forward to watching the movie in 3D and IMAX 3D centers. Before we get to some interesting details we need to answer this simple question – who is doctor strange?

Table of content show
Who is Doctor Strange? Is he a real doctor?
Who is Tilda Swinton?
What are some super powers of Dr. Strange?
How does Doctor Strange fit in with the rest of the Marvel Universe?
Benedict Cumberbatch to Play Doctor Strange
Conclusion

Who is Doctor Strange? Is he a real doctor?

As we have already mentioned, Dr Strange has appeared much earlier than in 2016 (it goes back to the original Marvel comic books). In the movie, we find Stephen is an arrogant neurosurgeon who has a great talent in medicine. Unfortunately, he finds himself in a terrible situation where after a car accident he has his both hands injured seriously so he cannot perform complex surgeries that used to bring him a great name.

Being desperate to have his hands cured marvel doctor Strange (just a way to refer to Marvel’s production of the character) heads to the Himalayas (Nepal) to encounter a very mysterious person, locally known as the Ancient One. The journey promises to be interesting as the Ancient One is in Kamar-Taj somewhere in an isolated community in the mountains. More than that, initially the Ancient One is skeptical about Doctor Strange mostly due to the doctor’s obsession of health, medicine and his own status. But her (the Ancient One appears to be a woman as opposed to traditional men with beard that play this type of characters) attitude changes when she sees the potential for good. So she begins training him to be a semi-mystical being whose job is to protect this world from supernatural threats. Doctor Strange is now to become the Sorceror Supreme. Benedict Cumberbatch starring as Doctor Strange does a perfect job at showing the evolution of his character.

Who is Tilda Swinton? 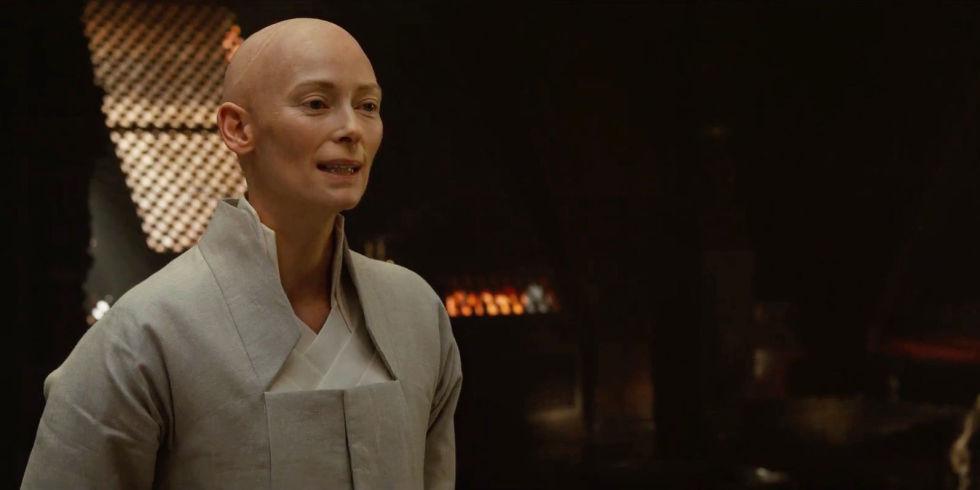 Actress Tilda Swinton starring in the movie as The Ancient One according to Kevin Feige (Marvel’s president), is portraying the gender of her character in an “ambiguous” way. Although she is a woman, everything looks quite ambiguous in her portrayal. Besides, some were saying that Swinton is a good choice as she really can be considered “ancient” in terms of her age by Hollywood standards.

Nevertheless, Swinton who is 55, successfully performed in the movie. Despite some complaining about the fact that an Asian character of the comics was portrayed by a white female, she did a good job at helping Doctor Strange’s character develop. The Ancient One helps the main character played by B. Cumberbatch to evolve from what he used to be. The dialogues and interactions of these two make the movie an interesting experience making those watching to meditate on how we change and develop throughout our lives and what impact those around have on us.

What are some super powers of Dr. Strange? 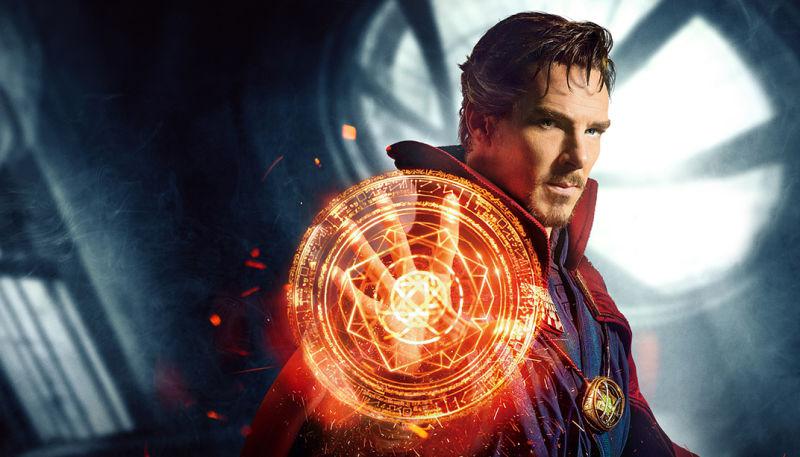 The Marvel Universe created many characters with great powers but very few of them can match the unique powers of Doctor Strange Marvel has equipped him with. For those who didn’t watch the movie yet, Kevin Feige who directs Marvel Studios provided a brief overview on the forces Dr. Strange will possess.

In the movie, the former surgeon will use both his inborn natural talents and abilities and artifacts to fight evil powers. Creating Doctor Strange Marvel Studios equipped the main character of the film with the ability to cast spells and even fly with the help of a cloak of levitation. Although his flying ability is not like that of a Superman, this fact along gives the superhero his own powers making him unique and different from other TV superheroes. Created by Marvel Doctor Strange character will also use the Eye of Agamotto amulet. In fact, this amulet along with the cloak become two signature attributes of the hero. The Eye is an important relic that can be extremely dangerous when used in the wrong hands as it can even manipulate probabilities (in other words, mess around with time).

The interesting thing about magic powers of Dr Strange Marvel Studios assigned him is that people who want to watch the movie don’t know whether these great powers are of unexplainable nature or they are based on a cosmic force. At least, the interview of Kevin Feige proves this intrigue will be maintained until the movie is premiered in the United States.

How does Doctor Strange fit in with the rest of the Marvel Universe? 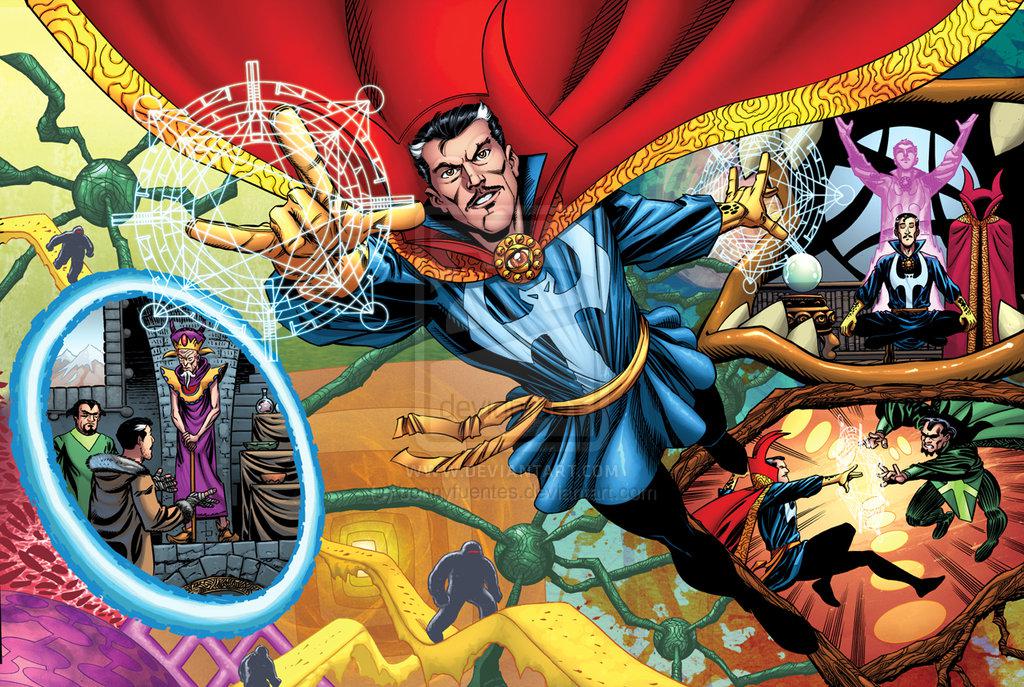 The movie slots well in to the Marvel Cinematic Universe’s products. In other words, Doctor Strange 2016 keeps us with the company’s main storyline as pictured in other works of MCU. Even the trailer of the movie provides a good understanding of the fact that Doctor Strange will be a movie according to Marvel Cinematic Universe’s tastes. The emphasis in the trailer is made on the fight against mystical threats rather than simply physical dangers this world faces.

One can expect the movie to be similar to Guardians of the Galaxy which is another self-contained story that fits well within Marvel Universe philosophy. Nevertheless, since the company is unafraid to forge its own (off-beat) path, the film promises to contain some unexpected turns. Many fans anticipate the mysterious Time Stone to appear in the movie – those who follow MCU series will understand the catch. And the footage Marvel released before the premiere only adds fuel to the speculation about the Stone.

Cumberbatch has obviously taken on big franchise roles before created by Marvel Doctor Strange movie appeared. He starred for Star Trek into Darkness in the role of Khan, but that was a completely different level. For many experts Benedict Cumberbatch was an expected (or even obvious) choice for the dr stange comics adaptation project. Despite some movie critics having doubts about whether this choice was the right one, Cumberbatch’s performance as arrogant surgeon has become one of the highlights of the adaptation.

When preparing for the role, Benedict Cumberbatch had actually to do some strength training. Unusually for the characters of this actor, the role of Doctor Strange required him to be in great shape. He admitted that he had started doing workouts for this movie specifically in order to be able to take all the knocks and do many takes of fight scenes. The 40-year-old actor confessed he had experienced some of the toughest physical trainings in his life. The preparation didn’t go in vain as Doctor Strange appeared on stage as expected – an attractive and strong former neurosurgeon who is to take on a new life after the car accident.

If you read Dr Strange comics in the past, this movie is a must watch for you. Those who have never encountered this character should at least give it a shot. By creating Dr Strange Marvel definitely aimed to gain some new fans (creating new Doctor Strange movie – remark). Reading articles like “Who is Doctor Strange?” will never give you an idea about what kind of series Marvel Studios has developed. One should watch it before making any judgments about it.

By developing Doctor Strange Marvel has also managed to please thousands of people who adore this kind of characters and movies. Maybe because it is hard to find a similar character in the modern cinematography. Batman, Superman or Hulk have their own stories but they are all different from Dr Strange Marvel have come up with. Watching the Doctor Strange movie can be a great entertainment for the entire family whether you like fantastic plots or not (even if you start with watching the doctor strange 2007 movie). Great visuals and exciting plot place the film on a must-watch movies list of 2016!

Table of content show
Who is Doctor Strange? Is he a real doctor?
Who is Tilda Swinton?
What are some super powers of Dr. Strange?
How does Doctor Strange fit in with the rest of the Marvel Universe?
Benedict Cumberbatch to Play Doctor Strange
Conclusion
You might also like
Why Separate Business and Personal Profiles?
Every business owner should have profiles for his/her company on various social media websites. Not…
6 Secret Strategies to Grow Your Sales
Being involved in sales business, you are sure to have a desire to have more…
Bad Project Manager, Good Project Manager. Which One are You?
Make a survey and ask 100 respondents, all experienced project managers, to grade themselves as…