How Music Helps To Concentrate While Writing

The process of writing is very complex as well as the science behind how a writer articulates ideas into a story. Understanding how the brain works when a writer is writing helps us to perceive how music affects and assists in concentration when writing. Numerous studies on brain functioning concerning music cite the ‘Mozart effect’ that suggests that by listening to particular music genres, notably Amadeus Wolfgang’s classical music, you boost your spatial-temporal reasoning, or the skill of creative thinking about long-term and conceptual solutions to cognitive problems that may come up.

Several studies on effects of music on the brain have concluded that certain types of music help writers and people in other occupations to concentrate while working. As a writer, you spend most of your time working on a computer, and indeed you use music to write by particularly when you are bored. As a result, you may have experienced the numerous benefits associated with concentration music for writing. Indeed, music that helps you write has numerous benefits that include:

Research suggests that music helps in maintaining concentration and focus on a task when it is increasingly immersive, demanding and repetitive. In your writing profession, you have to deal with stress and boredom generated from demanding writing projects that are often repetitive in nature. As a result, writing to music can help you chip away at that boredom. Research suggests that music to write by makes a repetitive task more enjoyable by making the worker happier through activation of pleasure centers in the brain.

More recent studies argue that music does not lead to more productivity but rather a mood boosting that consequently leads to higher productivity. Studies on how different types of music affect concentration and subsequent productivity have suggested that dissonant music does not have an impact on performance. However, major-mode music made workers produce more when it was played on the background. 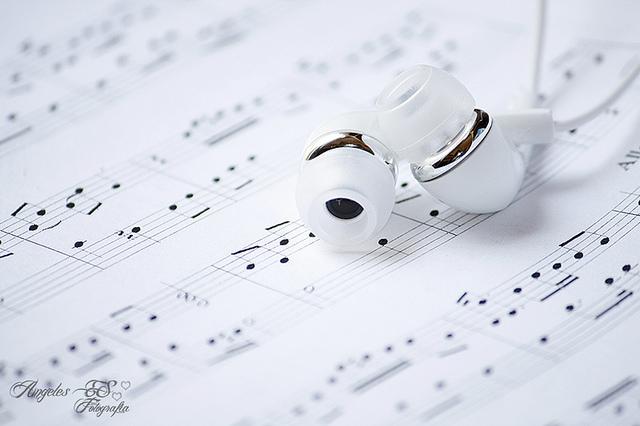 Different writers use different genres of music to boost concentration while writing. However, almost all the genres that have been demonstrated to boost concentration have been perceived as ambient noise. Research has shown that it is tough to concentrate in the presence of loud noise such as bellowing basses while moderate noise level has been proven to stimulate writing creativity. Additionally, lyrics have been proven to be destructive to concentration. This is because the brain tries to make sense of the words thus shifting attention away from writing. This can be likened to attempting to engage in a conversation while another person is talking to you while simultaneously strumming a guitar.

It is always convenient to listen to music you are familiar with if you choose to listen to music with lyrics when writing. With such music, your mind understands the songs and how the song goes. As a result, you can concentrate on your writing without shifting your focus to the song for details that you hear for the first time. Below are the music genres that have been considered as the best music for writing.

This genre has a continuum of tunes, some that are ambient and others that are too obtrusive. For concentration writing, the ambient, unobtrusive style suits the purpose. Although the genre is somehow repetitive, the music soothes the mind in a good way and therefore enhances concentration when writing. The repeating tunes are not disruptive and, therefore, would be a good choice of music that helps you write.

Some studies suggest that tunes that are played at 60 Beats-per-minute activate the brain to creativity and focus. When you listen to such music, you encounter easier and more creative thinking. As a result, you can concentrate on your writing and create new ideas in an easier way. The most recommended compositors of such genre are Telemann and Vivaldi.

Many video game artists understand that the best music for concentration is the type that promotes the gaming experience while not distracting the player. Such music is ambient, enjoyable and can be used as music to write by because it relaxes the brain. While choosing the music to write by, you should always remember to choose a genre that promotes focus. The ambience is the element to look out for when you are deciding what kind of music you want for writing. You could go for any background noise such as waterfalls, rain, etc., as long as it is ambient. Additionally, test different tunes and genres to discover what works best for you as you engage in your writing occupation. Your ability to consistently produce great work is what should drive your choice, so give it a deep thought before you put on your headphones and listen to your playlist.

Table of content show
Making Repetitive Actions and Processes More Enjoyable
Boosting the Thinking Process
Classical Music (Baroque-period Music)
Electronic Music
Music at 60 Beats-per-minute
Video Game Music
You might also like
How to Write Effective Hook Sentences [Updated 2019]
Anyone who's ever been a student will agree that writing an essay is not easy.…
Value-Added Content as Lead Magnets: The Mighty Pillar of Online Content Marketing
Meaning of Added Value Marketing: In the business world, every field has a certain set…
What Is the Difference between Research Paper and Term Paper?
Attending a college, you are sure to write a number of essays and other types…