EU’s Copyright Directive (aka Article 13) – What Does It Mean for You?

WritOlogy
1913
Table of content show
What Is Article13/Article17 About, Why Is It Controversial?
Pros and Cons of the Copyright Directive and Its Article 13
Europeans March Against #Article13
What about the Copyright in the USA?

What Is Article13/Article17 About, Why Is It Controversial?

A few weeks ago, the European Parliament has officially approved the new Copyright Directive. This legal package is supposed to update the European copyright law when it comes to sharing any type of content online.

Article 13 EU Copyright Directive was voted by most MEPs in favor, while the law itself had 348 votes for and 274 votes against. As a result, what many refer to as “Europe meme ban” will now be enforced in all European countries after they translate it to their own local legislative languages. They have exactly 2 years to do that and the clock is ticking.

Even within the European leadership, there is still much debate as to the applicability of this new law. While the vice president of the European Commission calls it a savior of “online creativity”, other MEPs associate its passing with the dusk of internet freedom.

It is only understandable when the opposition claims that the Article 13 news is a huge hit for Europe. First of all, it is very vague. Second, it is poorly thought-out. Third, it can have devastating consequences for the global arena. However, the majority in the EU Parliament still believes in the ability of individual European States to translate it into enforceable and fair local laws.

Pros and Cons of the Copyright Directive and Its Article 13

The new European legislation has to do with shifting the responsibility for enforcing copyright requirements when it comes to online content. If previously the person sharing the content would bear responsibility, now this task is passed on to the web platform itself. Good news is that some online content is expected to be exempt from the copyright checks, such as:

However, there are still many concerns when it comes to the newly accepted Article 13. For example, how will this law be enforced in practice?

Literally, there will have to be thousands of people skimming online content daily for compliance.

Besides, the Article 13 posits that if the copyright-protected content is attempted against the law, the platform is not really liable for checking all content for compliance before posting it. What the web owner has to guarantee is the “best efforts” with an aim to get the needed permissions from the owner or to remove the posted content which is not compliant.

Let’s agree that these rules are very vague and the individual countries will have to do a lot of legal work to translate the Article 13 into the doable and actionable items. 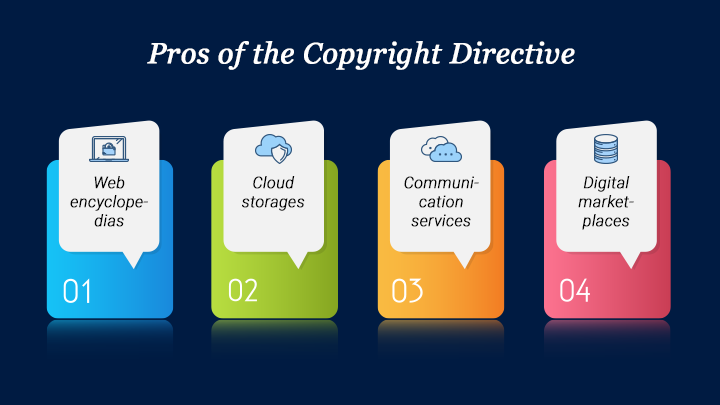 On the 23rd of March, a few days before the final adoption of the Article 13, the Europeans left their homes to march against the new directive. This was the largest protest regarding internet freedoms in history. More than 100,000 Europeans took part in mass demonstrations in different countries. Only in Germany, the gatherings were officially held in 50 different cities.

Even regardless the mass demonstrations, MEPs still voted in favor of the directive. But it’s understandable that people are simply afraid of changes because they do not know what’s coming. As Damian Keys – the founding director of The Brighton Institute of Modern Music – puts it in his latest YouTube video, there is a lot of opportunity for musicians and artists in general created by this law. The challenge is in seeing if the countries will be able to enforce it correctly and honestly.

Just imagine that as a musician, you could have YouTube on your side – gathering royalties from anyone who uses your music, and sending them directly to you after your approval. This would be great. But we definitely have a long way of changing and tweaking laws to go through before this happens as perfectly as some EU Parliament members imagine it.

5 Rules for Killer Product Description: How to Sell [Not Just] a Product but the Message

What about the Copyright in the USA? 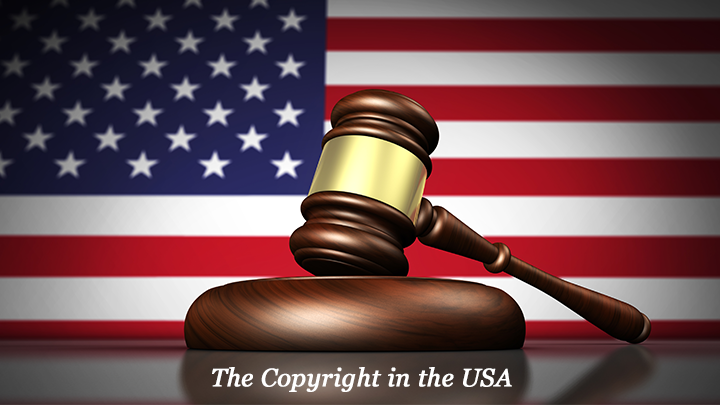 One of the biggest and the most thought-provoking questions is will article 13 affect the US? There will definitely be some spillover effects because we do not live in a vacuum. What about other countries? Can you really ban something from the incoming European traffic? But we have VPN, so how is this going to be enforced?

There are still many questions, and very little answers. Nobody knows yet what kind of checks will be actually enforced. Nobody knows either how the “best efforts” of web platforms in their quest to get non-pirate content will be defined.

One thing we know for sure though, and it’s the fact that web content hosts will need to be more responsible and aware about what’s posted on their platforms. They will need to enforce more screening and law-compliant checks with regard to their artists.

However, we should be aware that the Article 13 is not a panacea. Just like in the recent case with GDPR, there will still be violations. However, the users – or, in this case, rather copyright-protected artists – will be safeguarded and the law will be on their side. What’s more, the platforms like YouTube will be responsible for enacting the strict rules to ensure this copyright compliance for all artists in question.

We’re still left pondering many questions. Will the Article 13/17 affect our daily lives and the way we see the Internet today?

Most likely, one lawsuit of a copyright-protected artist will not do much damage to the giant like YouTube.

But what if there are suddenly tens – or even worse, thousands – of lawsuits? Are we going to live in a restricted world where every image will be screened before you can upload it on a Facebook wall? So far, we can only hope and wait to see how the Article 13 will be enforced in all separate countries.

Table of content show
What Is Article13/Article17 About, Why Is It Controversial?
Pros and Cons of the Copyright Directive and Its Article 13
Europeans March Against #Article13
What about the Copyright in the USA?
You might also like
How to make a good press release [Updated 2018 + Free Press Release Sample]
Both companies and popular individuals need to learn how to interact with mass media. A…
How to Do Proper Keyword Research For Blog Posts
Let's put it this way – if you have a blog, you definitely don't want…
Types of Essays Every Student Must Be Familiar with
Contents A Quick Guide to Types of Essays How to Write a Descriptive Essay How…